The latest game from French studio Asobo, A Plague Tale: Requiem, is set to release this year on Xbox Series X|S, PlayStation 5 and PC with a day one release on Xbox Game Pass. Some time ago we learned about the launch of the pre-order of the collector’s edition and learned that the composer Oliver Derivier will be part of the soundtrack to this new opus. This is now a PowerPyx site that is sharing some pretty important new information with us.

Update 16:30 After PSN data pointed to a May 17, 2022 release of A Plague Tale: Requiem, the Official Xbox Store lists the game’s release date as June 17, 2022. We hope a quick announcement will be made. Asobo so we can know the end of the story.

The PowerPyx carrier specializes in content related to all unlockable achievements and achievements in many video games (mainly for PlayStation). PowerPyx shares its findings on YouTube, on Twitter, as well as on its website, and an article published on the latter caught our attention yesterday.

Indeed, PowerPyx has revealed a list of 36 unlockable trophies in the series’ next title, A Plague Tale. This list comes from the GOG platform servers regarding the PC version. Note that PlayStation trophies and Xbox achievements are often identical, with the only difference being that Xbox does not offer “platinum” achievements like the PlayStation does when the player unlocks all other achievements. The value of each achievement (Xbox G Points) is to be revealed at a later date. 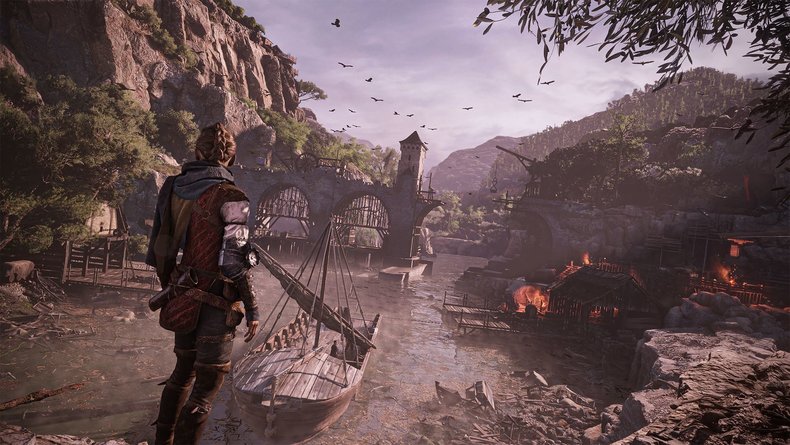 This list tells us that A Plague Tale: Requiem will have 16 chapters. The titles of the achievements in these chapters are reminiscent of the different places that players will have to discover while collecting souvenirs, feathers, flowers, and other items. Upgradable weapons and abilities will also be there, according to the end of this list of achievements. If the template is similar to that of A Plague Tale: Innocence, the game can be 100% completed in about fifteen hours.

The last important information provided by PowerPyx concerns the release date of the title. Although a specific date has yet to be confirmed, the PSN store database indicates that A Plague Tale: Requiem is scheduled to release on May 17th. The information should be taken with a pinch of salt until the studio confirms anything, but be aware that it may take two months from the first day of access to the planned release of the game on Xbox Series X|S, PlayStation 5 and PC. for Xbox Game Pass subscribers.