The terrorist who killed four Israelis in Beersheba on Tuesday was reportedly branded a “time bomb” by prosecutors in a previous security case and sentenced to four years in prison.

Mohammad Ghaleb Abu al-Qian, 34, killed three women and a man in a stabbing attack in a southern city before being shot dead by armed civilians.

Originally from the Bedouin town of Hura in the Negev, he was convicted of terrorism and served four years in prison for plotting to join the Islamic State before being released in 2019.

Abu al-Qian was a primary school teacher when he was charged in 2015 with links to the Islamic State and attempted recruitment for a jihadist group.

While in custody, he admitted to creating a clandestine group holding clandestine meetings linked to the Islamic State and planned to leave Israel on the pretext of a pilgrimage to Mecca, but with the real goal of joining terrorist fighters in Syria.

Channel 12 reported that in a 2015 case where Abu al-Qian was convicted, the prosecution stated that “criminals like the accused are a ticking time bomb and there is no way to know when the countdown will start.

“The State of Israel is a country in the grip of terrorism, and attacks on its security are much more serious when they are carried out by Israeli citizens,” the prosecution said. Most terrorist attacks in Israel are carried out by Palestinians, not Israeli Arabs like Abu al-Qian.

The judge in the case, Yoel Eden, considered Abu al-Qian’s crimes serious but gave him a relatively lenient sentence because he believed the defendant no longer posed a threat, according to information provided by Channel 12. The prosecution demanded that Abu al-Qian be sentenced to five years in prison, but the judge ultimately ruled in favor of four years.

Explaining his decision, the judge said that “the defendant expressed remorse and said that he knew he was wrong and that he would not do that again.”

“Given what he said, and especially due to his lack of criminal record, his admission of responsibility and his sincere remorse, the verdict would be at the bottom of the threshold,” the judge said, as reported by Channel 12.

Israeli police guard the site of a terrorist attack near a shopping center in the city of Beer Sheva, on March 22, 2022. (Ahmad Garabli/AFP)

Since Tuesday’s attack, security forces fear “aftershocks” that will lead to a wide-ranging escalation. They were already on the alert for renewed violence as Ramadan began next month.

According to the same information, they fear an outbreak of violence comparable to the “wave of terrorism” in 2016, when almost daily attacks by lone wolves, mostly armed with knives or riding rams, increased.

The internal security agency Shin Bet is reportedly currently collecting intelligence on Israeli citizens from the Bedouin community who may be terrorists. In recent years, the defense establishment has reportedly noted a growing involvement of Bedouins in terrorist activities, Kan said.

In an assessment on Tuesday, Prime Minister Naftali Bennett asked Homeland Security Minister Omer Barlev, who oversees the police, as well as Israeli Police Chief Kobi Shabtai, to be on the lookout for possible attacks.

Bennett said the security forces would hunt down any accomplices involved. He praised the quick action of armed civilians who opened fire on the terrorist, preventing other people from being injured.

Security forces are on “high alert,” he said.

In a message to Israeli officials, Palestinian Authority officials reportedly expressed regret over the killings and said they viewed the incident as a serious and painful terrorist attack, Kan said. 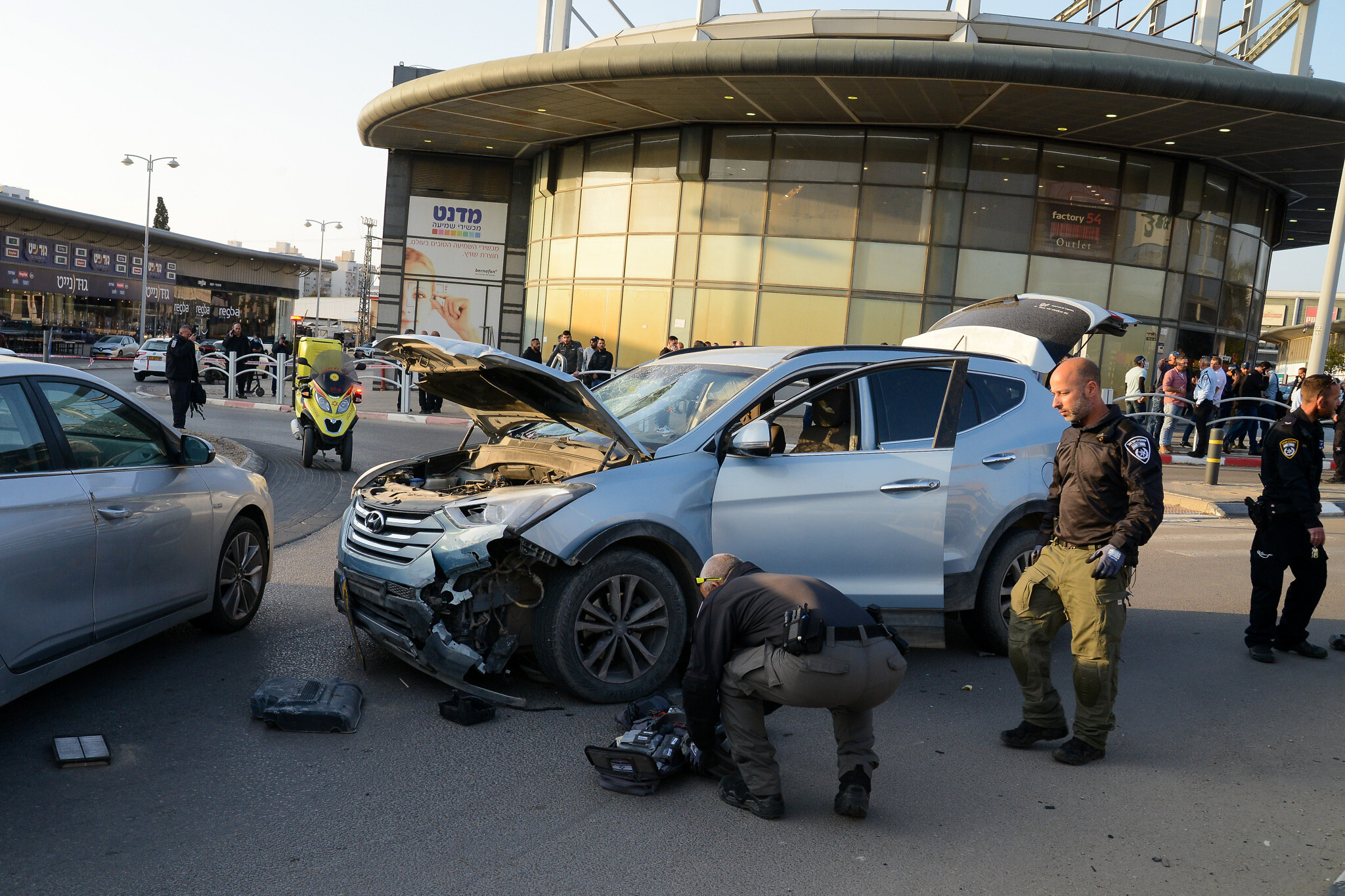 The scene of the fatal attack near the BIG shopping center in Beersheba, southern Israel, on March 22, 2022. (Flash90)

The Palestinian Authority has not issued a public statement condemning the attack. According to the same information, Palestinian officials fear that new attacks could lead Israel to tighten restrictions on the occasion of the approaching Ramadan holidays.

In 2015, Abu al-Qian, along with two other teachers and several others, was charged with supporting the Islamic State and preaching to members of the community, including minors, that praised jihadist groups and asserted that extremists did not deviate from Islam.

The information does not clarify what Abu al-Qian has been doing since his release from prison in 2019. 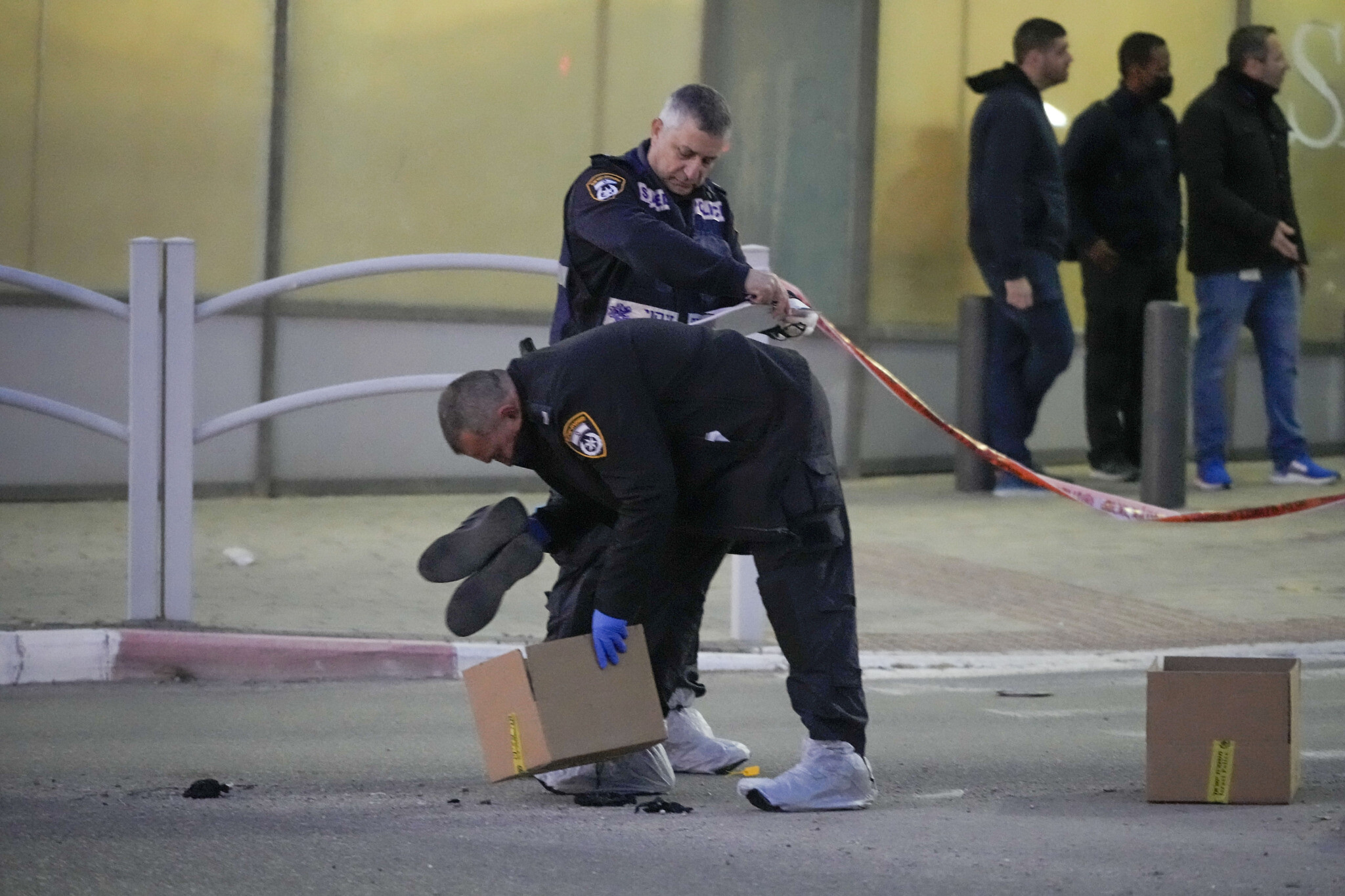 Tuesday’s knife attack was hailed by terrorist groups Hamas and Palestinian Islamic Jihad, with neither claiming that Abu al-Qian was a member of their movement.

It is the deadliest attack on Israeli civilians since June 2016, when two terrorists opened fire in the Sarona market in Tel Aviv, killing 4 and injuring 16 people.

Tuesday’s killings are the latest in a series of attacks in Jerusalem and the West Bank.

Tensions have risen after nine Palestinians were killed in violent clashes with Israeli forces in recent weeks, including in skirmishes with Israeli soldiers in the West Bank during raids or attempted attacks.

There has also been high tension in southern Israel in recent months. Violent protests erupted in January following a program by the Jewish National Fund to plant trees in the area, which Bedouin communities described as a government operation to evict them from unrecognized villages.

Jewish residents in the country’s south have called on police to crack down on rampant crime and have demonstrated against the police following Tuesday’s attack. 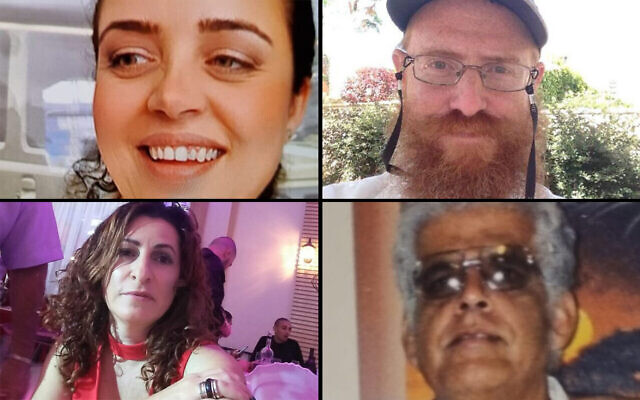 The four people killed on Tuesday are Doris Yahbas, 49, a mother of three, Laura Yitzhak, 43, also a mother of three, Rabbi Moshe Kravitsky, father of four, and Menachem Yechezkel, 67, of a family of four. . Two more people were injured.

According to footage of the attack, Abu al-Qian attacked an armed bus driver who tried to force him to lower his gun.

The assailant then charged at the driver, who opened fire at the same time as another Israeli civilian, also armed. According to investigators, the attacker died from gunshot wounds.