In the program of this new film week, the editors offer you a journey around the world, behind the scenes of the presidential elections. but also in your depths interior.

Japanese director Yakido Sode is finally presenting his third feature film to the general public. aristocrats, based on the novel by Mariko Yamauchi. Following the desire life of the heroine Hanako, the Sode camera explores the place of women in contemporary Japanese society, captive to a lifestyle predetermined by their social class. Still single at 30, which her wealthy and traditional family doesn’t like, Hanako finally believes she has found the man of her life, but quickly finds himself in an ambiguous relationship with another woman, Miki. Despite the world separating them, the two women must meet to try to understand the true future in a divided Tokyo from within.

Less than 15 days before the first round of the French presidential election, French director Diastem, real name Patrick Astay, is giving us a film about the strategic world of politics. The President of the Republic, translated by Leah Drucker, again refuses to represent himself. But three days before the first round of the presidential election, she learns from her general secretary that the scandal emanating from Russia will hurt her designated Republican successor and bring victory to the far-right candidate. They have three days to change the course of history, which is pretty scary.

Jean-Gabriel Perio’s documentary travels to the French provinces to tell the story of these men and women marked by poverty, “we the workers”. Through a text by Didier Eribon, interpreted by Adele Haenel, Return to Reims (Fragments) tells in the archives the intimate and political history of the French working class from the early 1950s to the present day.

Mathieu Rose intends to adapt his first feature film. Little horses of Tarquinia Marguerite Duras. A beach story breathless in the summer heat, set in an Italian village sandwiched between sea and mountains. Friends who think they know each other like the back of their hand eventually meet again, first out of boredom and then out of desire. Immersed in the delusional atmosphere of non-existence, the characters allow them to soak up the summer air, free themselves and discover hidden desires.

In therapy inspired by the concept of the Israeli series Betypool imagined by Hagai Levy, returns to Arte from March 30th. Eric Toledano and Olivier Nakache propose to deepen the experience of psychoanalysis, surrounded by a brand new production team and an unprecedented cast (Charlotte Gainsbourg, Jacques Weber, Ai Haidara…). After the first season, which focuses on the social trauma caused by the November 13, 2015 attacks, the sessions take place against the backdrop of a global pandemic, at the end of the first confinement. Faced with a therapist invested in vulnerability, played by Frédéric Pierrot, the actors accurately reveal their personal stories and a reflection of a weakened society.

This year, the International Music and Film Festival (MCM) will take place in Marseille from 4 to 9 April. For this 23rd edition, the program aims to be innovative and stimulating while maintaining its emblematic tone of excellence, with guests of honor such as Dominique Blanc, singer Imani and Nainita Desai. Like every year, a young cinematic creation and a piece of music for the image will be honored and glorified at various events: competitions, master classes, film concerts, debates and much more. This year, no less than 10 “in search of diversity” feature films and 63 short films from 29 countries are participating in the competition to give us even more visual and auditory experiences. On the music side, in partnership with Chinese label Man Record, MCM offers a truly culturally diverse menu with quality concerts and DJ sets to provide moments of dancing and socializing in the heart of Marseille. 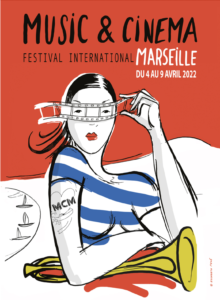 Cinémathèque de Toulouse welcomes you to its courtyard until April 3rd to support and (re)discover cinematic creations from Latin America. On the occasion of this 34th edition of the Rencontres CinéLatino de Toulouse, after a difficult economic assessment for the Latin American film industry due to the epidemic, the festival aims to offer an even richer program, focused and varied: film screenings and documentaries in competition, previews, cover screenings and great classics of Latin American cinema. The festival will celebrate this colossal and all too little known artistic heritage by supporting two symbolic strands: a retrospective of Chilean director Patricio Guzmán’s masterpiece, which will also be presented via videoconference, and a focus on “Cinema Under Construction”. 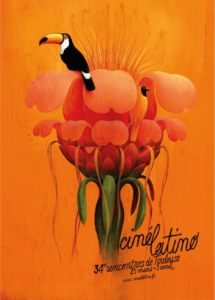